A few days ago I saw a post on the Internet, a friend asked: “Is there a free Facebook AD spy tool? Is there a way to see what the biggest Facebook ads are? I know a tool &, but their tool costs 200 dollars a month so I’m looking for an alternative.”

There are a lot of ad spy tools on the Internet now. Some of these tools say that their ad search is best, and some say they have the largest ad database. In such a complicated tool, advertisers may be lost in such false propaganda. At this time, all advertisers need to do is use them, use personal experience to identify the differences between these tools, and choose the most suitable ad spy tool.

At first, I didn’t know much about advertising spy tools, and then as the advertising channels increased, I used a variety of advertising spy tools such as Facebook, Twitter, and Youtube. I am more and more familiar with the ad spy tools that are popular on the market. When I look for ad spy tools, I generally search for “Facebook AD spy free” on Google and then try about 15 websites. In addition to two or three truly free tools, many other tools are paid, and there is no trial permission.

The following is the experimental results of my time, this is my experience analysis of ad spy tool-free:

This tool is also good, just look at the title, you will find it is free. But in fact, it is not free to use at will. It only provides a free additional spy function for customers who have already paid. In the site I was told that this is charged, divided into four packages, is not cheap, you are familiar with ad spy tools, you can try.

BigSpy was created in 2018, and by 2020, BigSpy already has millions of registered users. In just three years, BigSpy is well known and used by many users in spy tools. This tool is powerful because it has billions of ad creative data inventory. BigSpy can monitor Facebook ads related to 40 countries, 76 languages, 7 social media, 10 affiliate networks, and 5 e-commerce software. BigSpy is perfect as a spy tool. It also has 5 keyword searches, 14 advanced filtering, and 5 sorting methods. These technical backgrounds and data foundations provide BigSpy with a strong spreading gene, so how quickly can BigSpy gain users’ love.

BigSpy’s power is not only reflected in these advertising data crawling and user search, but also in advertising analysis and tracking. Click any ad, you can see the changes in user response of this ad in the last 30 days, as well as ad analysis such as ad time, ad audience, and landing page analysis.

In addition, BigSpy is an ad copy spy tool. Here, you can find a successful Facebook ad copy.
BigSpy supports the free version, and free users can use most functions. Even if advertisers want to use more features, BigSpy’s paid version of the basic package is also an exciting price, it only costs $ 9/month to use. Or advertisers can get free access for 1 week by inviting 2 friends.

In summary, my favorite ad spy tool free is BigSpy. Because compared to other tools, this is already a mature ad spy tool. It can help you find popular ad creatives, monitor competitors ’ad dynamics, and even target ad audiences and analyze ad strategies.

Let’s have a look at how the BigSpy ads spy tool is used.

First, we visit https://bigspy.com/, then access adspy the columns, you will see Facebook, Twitter, Pinterest, and so on, and then find a Facebook ad spy this section. of course, in order to more convenient we use, we can register an account, then enter a product in Facebook ads and keywords, and then look at the competitor’s advertising, what are the most popular ad, Which ad ideas can provide us with reference and so on. 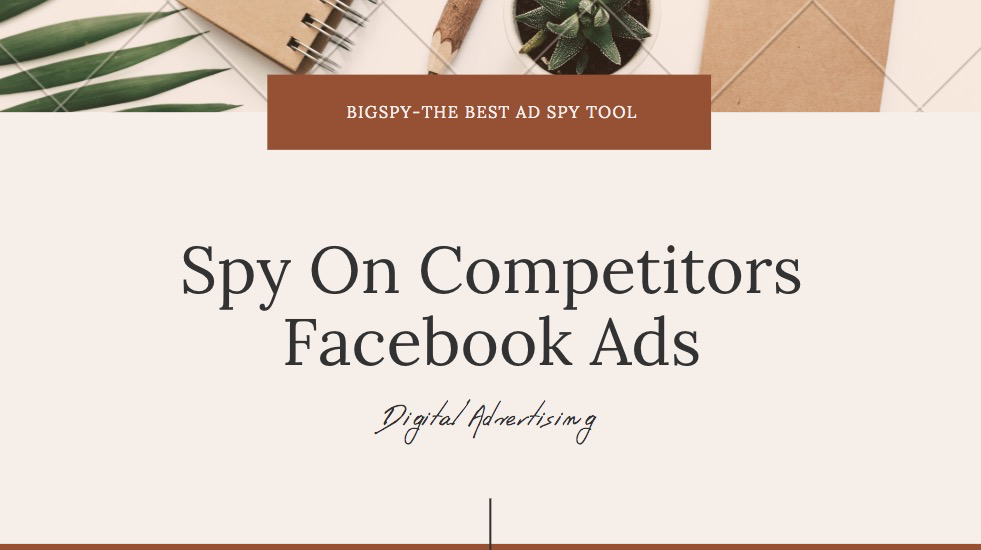 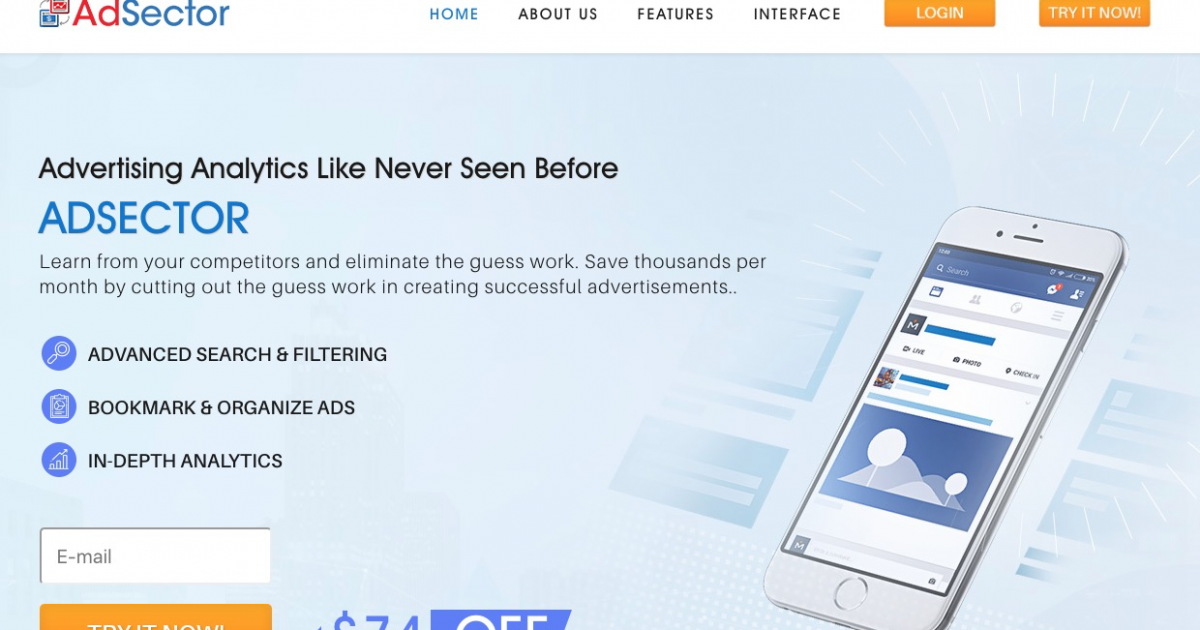 AdSector VS BigSpy: Which One Is The Best Ad Spy Tool 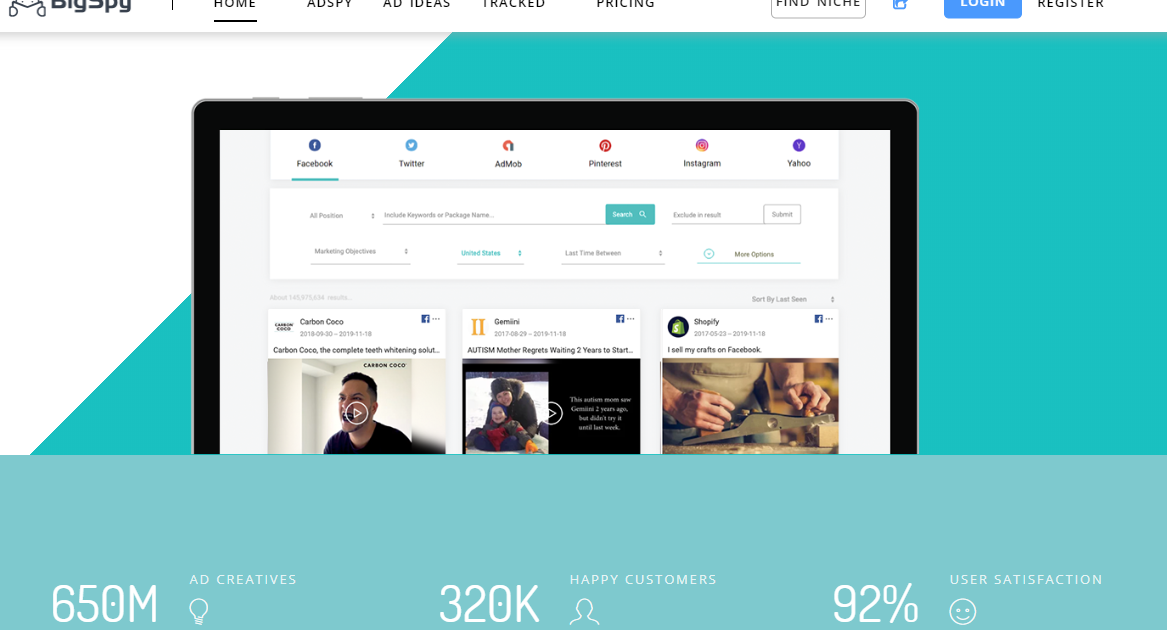 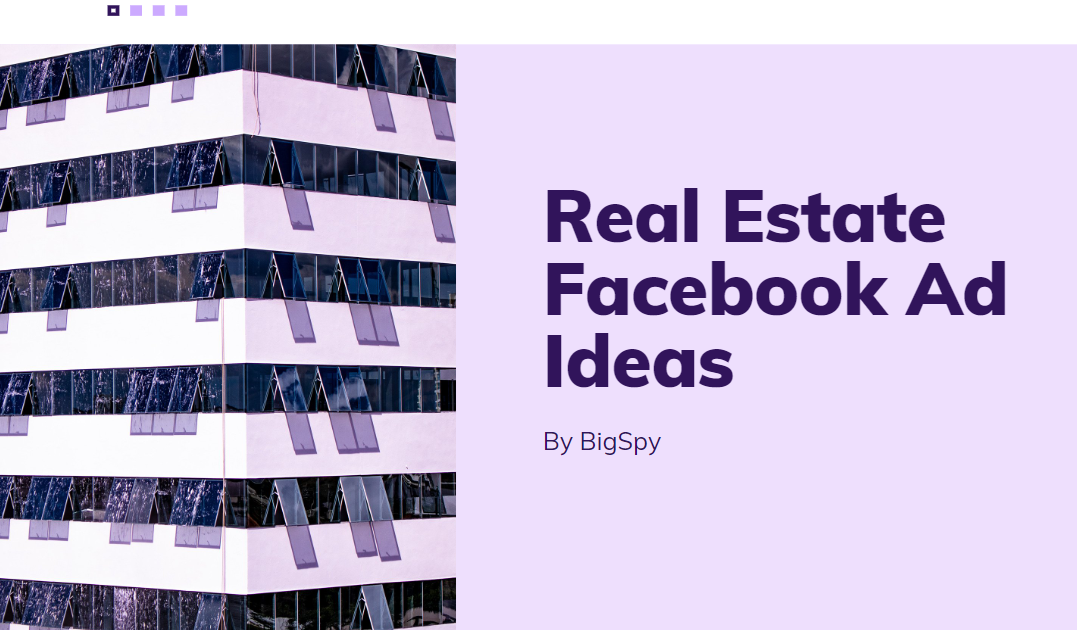 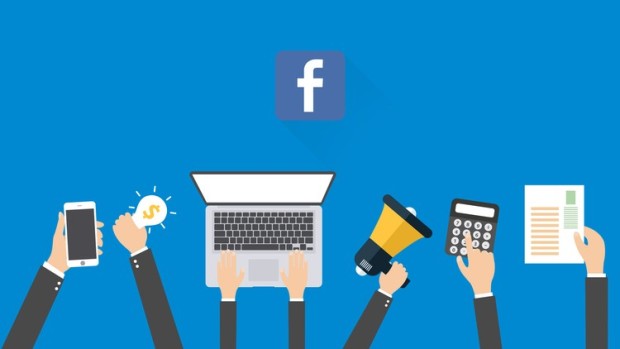